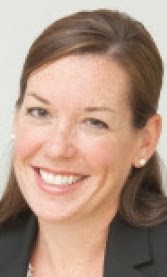 A graduate of the University of Massachusetts-Amherst and New England School of Law, Moroney was named to Massachusetts Lawyers Weekly “Top Women of Law” in 2014.