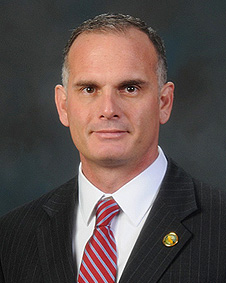 Jeffrey Green was appointed acting director of the Division of Adult Parole Operations on June 14, 2019. Mr. Green has served as the deputy director for the Division of Adult Parole Operations since July 1, 2016 and has held several positions with the division since 2000 including chief deputy administrator, associate director, parole administrator, parole agent III, parole agent II, and parole agent I. He worked at California State Prison, Corcoran from 1996 to 2000 where he served as a correctional counselor, correctional officer, and recreational therapist. From 2005 to 2006, he was adjunct instructor at Saint Mary’s College.

Mr. Green holds a Bachelor of Science degree from California State University, Sacramento and a Master of Arts degree from Saint Mary’s College.