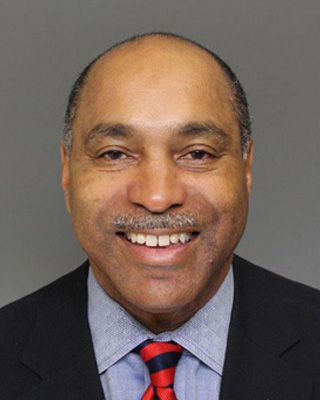 Jerry Adger was appointed as Director of the South Carolina Department of Probation, Parole and Pardon Services by Governor Nikki Haley in January 2015.

Mr. Adger has had a diverse background in the criminal justice arena. His career spans over 30 years, specializing in law enforcement tactics, program management, strategic planning, and achieving organizational goals. He began his career with the Federal Bureau of Investigations as a Fingerprint Analyst. At the South Carolina Law Enforcement Division he served 23 years working in several capacities, including Fingerprint Examiner and Fingerprint Instructor, Special Agent of Investigations, SWAT Team Member, Internal Affairs Investigator and Community Relations Liaison. He then went to the South Carolina Department of Juvenile Justice (DJJ) in December 1999 to direct the newly established Office of the Inspector General. He is South Carolina’s first nationally certified Inspector General, receiving his certification at the American University in Washington, D.C., through the Inspectors General Institute.

In 2003, Adger was appointed to the position of Deputy Director, in which he served for eight years. During his tenure, he gained a national reputation for his work transforming the treatment of young women at Willow Lane, a gender-responsive facility. In 2011, he was appointed as Inspector General for the South Carolina Department of Corrections.

Mr. Adger is an adjunct professor in the School of Criminology and Criminal Justice at the University of South Carolina. He holds a Master of Criminal Justice Degree and a Bachelor of Arts degree in Psychology from the University of South Carolina. He is a 2012 graduate of the Riley Institute at Furman University’s Diversity Leaders Initiative, a program that imparts deep knowledge and skills to effectively manage and lead increasingly diverse workers, clients and constituents. He also is a 2006 graduate of the South Carolina Executive Institute. In December 2016, Governor Nikki Haley awarded Director Adger the Order of the Palmetto.