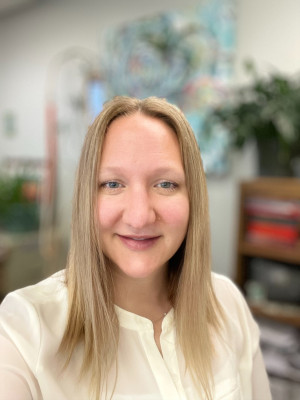 Taryn Link joined the Alaska Department of Corrections (DOC) in 2006 upon completion of her bachelor’s degree in Criminal Justice at the University of Alaska Anchorage.  Her first assignment was at the Anchorage Probation Office (APO) where she was promoted to a supervisor role, Probation Officer III (PO III) in 2010. In February 2013, Taryn joined the Alaska Parole Board staff where she managed clemency applications and investigations. In 2014, she transferred to Alaska’s only women’s prison, Hiland Mountain Correctional Center (HMCC), where she worked as an Institutional PO Supervisor. In October 2018, she returned to the Anchorage Probation Office as a district supervisor of the training unit and was quickly promoted in September of 2019 to the position of Deputy Chief at the APO. In June 2020 Taryn was promoted to her current role, as Chief Probation Officer for Region III for the Division of Pretrial, Probation and Parole.