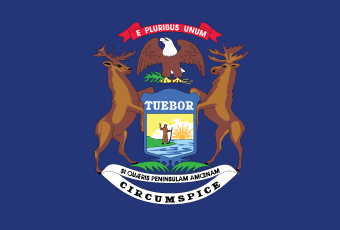 In 1992, Russ Marlan began his career with the Michigan Department of Corrections as a parole officer in Detroit, supervising a variety of paroled

In 1992, Russ Marlan began his career with the Michigan Department of Corrections as a parole officer in Detroit, supervising a variety of paroled offenders.

In 1998, Russ was promoted to parole/probation office supervisor at the state’s Special Alternative Incarceration (boot camp) Program. In 2000, he was promoted to program manager of the boot camp and was responsible for offender intake, education services and treatment, and programming at the facility.

In July 2014, Russ was assigned as the Administrator for Regions 1-9 of Field Operations Administration. Here, he was responsible for the administration of parole and probation staff and daily operations in 80 counties throughout the State.

On October 1, 2014, Russ was selected as the Interim Deputy Director of Field Operations Administration and was appointed to the position in December 2014. As Deputy Director, he oversees statewide parole and probation staff working at 105 field offices, the Parole Board, the Absconder Recovery Unit, the Electronic Monitoring Center, the Detroit Reentry Center, and the Detroit Detention Center.

Russ graduated with a Bachelor of Arts in Criminal Justice from Michigan State University.

$30.00/month for individuals on supervision without an electronic monitoring device

$60.00/month for individuals on supervision with an electronic monitoring device