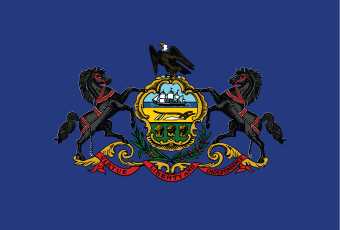 Christian M. Stephens is currently the Deputy Secretary of Field Services overseeing all of state parole supervision and centralized services staff.  Mr. Stephens is the first to hold this title due to the MOU signed between the PA Board of Probation and Parole and the PA Department of Corrections in October 2017 and the official merger through legislation in July 2021.  Mr. Stephens has worked diligently to help model the combined agency structure to create efficiencies and improve combined agency effectiveness.  Prior to the MOU Mr. Stephens had the same role but was titled the Director of Field Supervision Services.

Since taking this role in June 2016, Mr. Stephens has worked to improve accountability, use of evidence-based practices, utilize technology to reduce costs by going paperless and reducing office space, and increasing parole’s collaboration with the communities throughout the Commonwealth.   Since June 2016 two parole offices have closed, all paper files have been uploaded to an electronic records system, all agents have received training in evidence-based practices such as EPICS, agents are performing their required job functions in a timely manner at a rate of 90% or higher, and recidivism has decreased for those on parole.  Mr. Stephens’ philosophy is to constantly look for ways to improve and build on to the current structure.

Mr. Stephens has worked for state parole in various roles for over eighteen years starting as a Field Agent.  Prior to working for Pennsylvania Board of Probation and Parole he was employed by Philadelphia County Probation Department as a specialized agent in the Youth Violence Reduction Program.

Mr. Stephens served in the U.S Army as a member of the 82nd Airborne Division. He was the recipient of many military awards and was honorably discharged after four years of service.

Mr. Stephens received his Bachelors of Arts degree in Geography, with an area of concentration in Urban Planning from Fayetteville State University and went on to attain his Master of Arts degree in Clinical Counseling Psychology from Eastern University.

Mr. Stephens currently holds many certifications in the fields of Psychology and Offender Work Force Development.

Mr. Stephens was appointed by Governor Wolf on September 27, 2021 as the Pennsylvania Compact Administrator of the Interstate Commission for Adult Offender Supervision.

$30/mo, can be reduced or waived for exemption type situations such as poverty level income, student, collecting welfare, etc.

PA Board of Probation and Parole

PA Office of the Victim Advocate