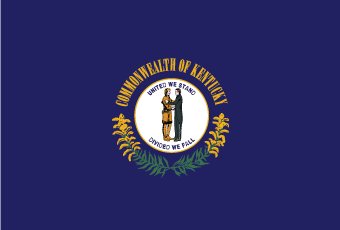 A 13-year veteran of the Department of Corrections, Turner began his career working as a correctional officer at the Frankfort Career Development

A 13-year veteran of the Department of Corrections, Turner began his career working as a correctional officer at the Frankfort Career Development Center in 2005. In 2006 he promoted to a classification and treatment officer position at the facility. Shortly afterwards he transferred to the home incarceration program area at Central Office as the original central region classification and treatment officer. In 2008 Turner promoted to deputy compact administrator for the Interstate Compact Office where he helped build a solid foundation for the controlled movement of over 6,000 probationers and parolees across state lines. In this capacity, Turner was a key player in Kentucky’s transition to the Interstate Compact Offender Tracking System (ICOTS). He gained national recognition for his efforts toward ensuring all interstate compact policies and procedures are followed in accordance with statute. Turner took the initiative to spearhead the department’s DNA collection efforts during a difficult time in 2013. His unwavering commitment to this task was pivotal in that he not only coordinated the undertaking, but also played an instrumental role in updating and enhancing processes and procedures to establish a system of accountability across the state. Turner is a graduate of Eastern Kentucky University, where he earned a bachelor’s degree in criminal justice. In 2013 he graduated from the Commissioner’s Executive Leadership Program and later served as a mentor in the program. He received a DOC Deputy Commissioner’s Award in 2012 and was a co-recipient of the Deputy Commissioner’s Award for Support Services in 2018. Turner is an active member of the Kentucky Council on Crime and Delinquency (KCCD) and currently serves as the Capitol Chapter president.

Based upon what was ordered by the court or parole board if the offender would have been supervised in the state of conviction. If there is not a mention of a supervision fee, Kentucky generally charges no more than $25/mo.