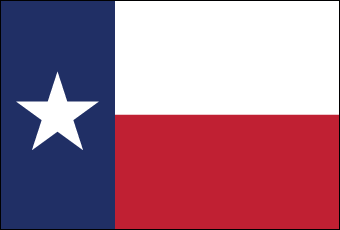 David Gutiérrez was appointed by Texas Governor, Greg Abbott, in September 2015 as Presiding Officer, Chairman, to the Board of Pardons and Parol

Mr. Gutiérrez brings to the Board over 40 years of experience in the criminal justice system. He received his Bachelor of Science degree from Wayland Baptist University. He began his criminal justice career in 1977 with the Lubbock County Sheriff’s Office. Mr. Gutiérrez began in the jail and transferred to the Patrol Division and promoted through numerous other divisions. His promotions include Captain, Assistant Jail Administrator, Chief Administrator, Assistant Chief Deputy and Chief Deputy. Mr. Gutiérrez was elected Sheriff of Lubbock County in 1998. Sheriff Gutiérrez resigned his position as Sheriff in 2009 to accept an appointment by Governor Perry.

Throughout his law enforcement career, Mr. Gutiérrez also served as Chair of TCOOMMI, Texas Correctional Office of Offender’s with Medical and Mental Impairments, Chair of the Texas Commission on Jail Standards and currently serves as Chair of the Texas Board of Pardons and Paroles. He has received such prestigious recognitions as the Attorney General Outstanding Service & Leadership to State of Texas Award in 1992, the Distinguished Leadership Alumni Award from his alma mater Wayland Baptist University in 1999 and the Excellence in Outstanding Law Enforcement Award by the National Center for Missing and Exploited Children in 2006 for a three-year search of a missing 16-year old girl. He has previously served on the Boards of many important organizations such as the United Way of Lubbock, Texas Jail Association, Texas Corrections Association, Boys and Girls Club, South Plains Boys Scout Council, Highland Medical Center, Hospice of Lubbock, Assist Human Needs, Inc. and various other impactful agencies. Since his transition to the Board of Pardons and Paroles as Presiding Officer, Mr. Gutiérrez continues to express enthusiasm, interest and concern for the direction of the agency and staff. He works and collaborates with stakeholders to insure public safety and the transition of offenders to their families back into their communities.

Parole: Processing Violations of the Rules and Conditions of Release

David G. Gutierrez, Chair Texas State Council, Chairman of The Texas Board of Pardons and Paroles

Probation: Community supervision fee is not less than $25 or more than $60 per month.
Additional fees may be required.
Texas Government Code Chapter 103 - Additional Court Fees and Costs: http://www.statutes.legis.state.tx.us/Docs/GV/htm/GV.103.htm

Parole: Parole supervision fee of $10 per month and an administrative fee of $8 per month.
Additional fees may apply for certain offenses and required programing or treatment based on conditions of supervision.
Texas Government Code Chapter 508 – Parole and Mandatory Supervision: http://www.statutes.legis.state.tx.us/SOTWDocs/GV/htm/GV.508.htm