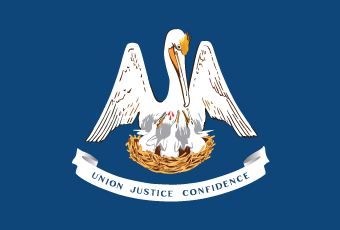 Bobby J. Lee, Jr. (Jamie) began his civil service career with the Department of Social Services in 1992 and transferred to Probation and Parole in

Bobby J. Lee, Jr. (Jamie) began his civil service career with the Department of Social Services in 1992 and transferred to Probation and Parole in July 1995.  He graduated from the Louisiana State Police basic academy in 1995.  Since then he served as an Officer and a Supervisor in Lafayette District,  the District Manager in New Iberia and the Regional Administrator in Region 3.  His most recent assignment was the Deputy Director of Probation and Parole in Baton Rouge. He was named the Security Supervisor of the year in 2007.

Jamie is a graduate of Carencro High School and received his Bachelor’s Degree from University of Louisiana at Lafayette.  He completed his Master’s Degree at Louisiana State University in Human Resource and Leadership and the United States Army War College in Strategic Studies.

Jamie served his country in the United States Marine Corps from 1986-1994 and then in the Louisiana Army National Guard from 1994- Present.  His present duty assignment is the Deputy Commander of the 139th Regional Support Group in New Orleans, Louisiana.  He is a combat veteran of Desert Shield/Storm and Operation Iraqi Freedom. He has numerous military awards including the Bronze Star and Purple Heart.

He was born in Hattiesburg, Mississippi on September 27, 1966.  He is married to Shelly S. Lee and they have four children, Teryn, Jay, Drake and Andrew.  They also have two grandchildren, Annabel and Joanna.  Jamie and Shelly reside in Lafayette, LA. He enjoys hunting and watching his children play sports.

$63/mo for parolees
$60/mo for probationers
Supervision fee can go up to $100/mo if the judge elects to do so.

$150 for Parole and Probation