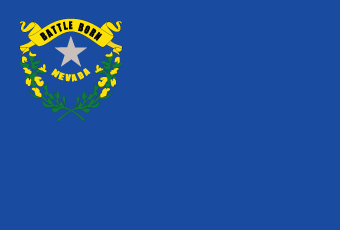 Debbie Dreyer is a graduate of the University of Nevada, Las Vegas with a Bachelor of Arts in Criminal Justice. She has 21 years of experience in

Debbie Dreyer is a graduate of the University of Nevada, Las Vegas with a Bachelor of Arts in Criminal Justice. She has 21 years of experience in law enforcement. In July 2000, Debbie began her career with the State of Nevada, Department of Public Safety, Division of Parole and Probation, as a Parole and Probation Officer in the Las Vegas Office. For the next twelve years, as a DPS Officer, Debbie worked in a variety of units within the Division to include, Sex Offender, Interstate Compact, General Supervision, House Arrest and Intensive Supervision/Risk Control. As an officer, she also prepared Pre-Sentence Investigation Reports. In 2012, Debbie was promoted to the rank of Sergeant and was one of three sergeants assigned to oversee Division’s the Sex Offender Unit. In early 2016, Debbie transferred to the Office of Professional Responsibility where she was tasked with conducting administrative investigations involving employee misconduct. A few months later, in August 2016, Debbie was promoted to the rank of Lieutenant and was assigned as one of two lieutenants in the Court Services Unit. Debbie was responsible for the oversight and production of approximately 600 Pre-Sentence Investigation reports per month. In December 2019, Debbie was promoted to the rank of Captain and assumed responsibility for the Programs Unit which included the Eighth Judicial District’s 10 Specialty Court Programs, the House Arrest Unit, the Re-entry Unit (parole) the Sex Offender Unit and the Interstate Compact Unit. Currently, Debbie oversees the Sex Offender Unit, Interstate Compact Unit, and the Operations - South Unit. Debbie was appointed to the role of Commissioner for the state of Nevada In February 2021.

NRS 176A.410 - Required Terms and Conditions for Sex Offenders (Probation)

GPS Monitoring: Nevada has the ability to supervise offenders required to be supervised with GPS technology. Nevada has contracted with a provider for GPS monitoring equipment and services. This program is offender funded. The offender is required to pay a daily rate that averages between $13–$16/day (depending on the equipment required). This rate is in addition to the $30/mo supervision fee that is statutorily required.

Nevada Division of Parole and Probation