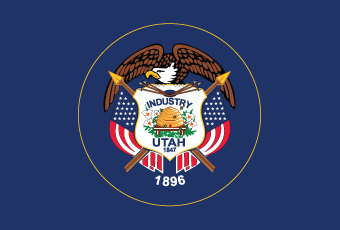 Dan Blanchard is the Division Director of Adult Probation & Parole in the Utah Department of Corrections, having been appointed in Novemb

Dan began his career with the Utah Department of Corrections in 1997 as a correctional officer at the Utah State Prison, and later at a community correctional center. In 1999 he became an agent with the Division of Adult Probation & Parole in the Provo office, and later as a supervisor of intake and field teams.

By 2013, he had worked is way up to assistant regional administrator in the Salt Lake office at the Fortitude Treatment Center and field supervision teams, and was appointed deputy director with AP&P in 2015.

Blanchard is a member of the Interstate Commission for Adult Offender Supervision’s Technology Committee.

He earned his Bachelor of Science Degree in psychology and his Master of Public Administration from Brigham Young University.

Blake Hills, Board Member, Utah Board of Pardons & Parole


Utah has implemented a Child Abuse Offender Registry, effective May 9, 2017 This implementation applies to all child abuse offenders in the custody of the Utah Department of Corrections on parole or probation as of May 9, 2017, or who enter the state on or after May 9, 2017.

Please be aware that any offender entering Utah with a current or prior child abuse conviction may be required to register as a Child Abuse Offender, and their registry information may be published to the public website. It is important to note that even if a Compact offender is not being supervised for a child abuse case, any findings of such cases will trigger a child abuse registration requirement. We are currently reviewing the cases we have that you have Compacted In to our state. We will notify you if a registration requirement is triggered once that has been determined.

Should you have any questions please contact the Utah Compact Office at (801) 495-7700 or udc-compact-office@utah.gov.